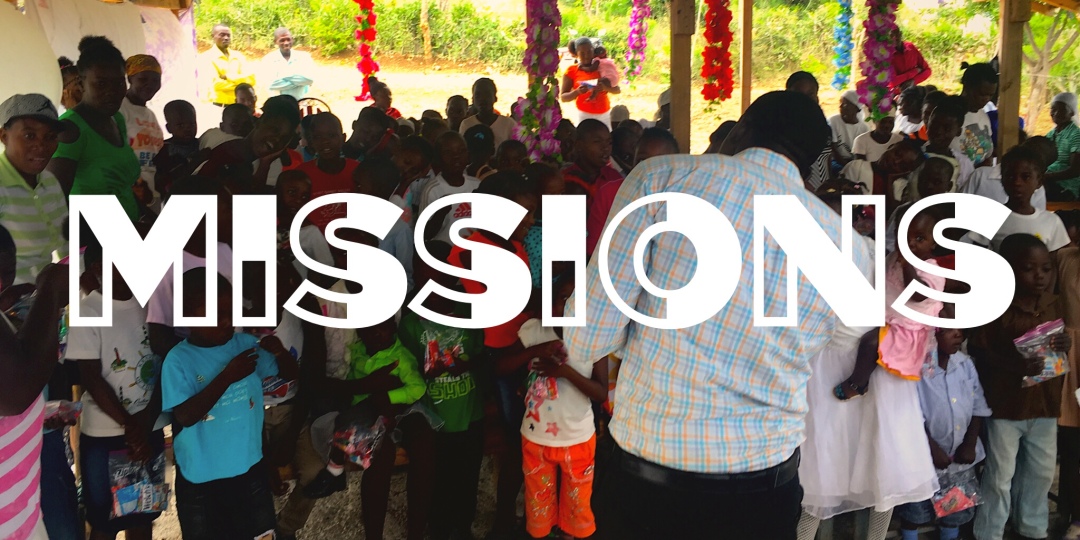 Some of the greatest truths I have learned through missions work are that God’s work is universal, it is continual, and it is personal.

As I had the incredible opportunity to go on a second mission trip to Haiti last month, I wanted this post to be a reminder of the incredible work that God is doing and an encouragement to be involved in global evangelism.

As I have heard it said before, as a Christian I am closer to a man or woman in Pakistan that follows Jesus, than I am to an American citizen who doesn’t. This sentiment rings most true when we consider how temporary our lives are and how borders and countries will not be relevant in the Kingdom of God. There are only two countries; those who know Christ and those who do not, a Kingdom of Light and a kingdom of darkness, a family united in Christ and a scattered people separated by sin.

I’m thankful to have had my horizons expanded to include several trips to the U.K. to work with churches, youth groups, community outreaches, and now two trips to visit the Haitian people who are desperately in need of clean water and even more in need of living water (John 4:14). God is working across the whole world and gives us, not only the command, but the honor to be involved in that work.

I remember when I was able to leave my first job (for the second time), I bought a giant Star Wars poster and wrote in large letters on the back, “May the force be with you!” as my two week notice…Thankfully, my manager appreciated the humor and let me finish out my last two weeks.

Something to be even more thankful for is the fact that God never turns in a two-week notice to Himself. He never quits, He is never fatigued, He never decides to go do something different, or is called elsewhere. His great redemptive design from the foundation of the world is the gospel. The life, death, and resurrection of Jesus and the telling of that story… which is accomplished through evangelism and missions.

I love the opportunity to be a blessing to others and to tell them about the wonderful love and grace of Christ. However, I always come away from a missions trip having a work done not just by me, but in me. God cares greatly for the continual working in the life of the believer just as He cares for the sharing of the gospel with someone who doesn’t yet know Jesus.

Justification and Sanctification are both works done by God that we are able to observe. The former happens when someone believes in Jesus.

Just last month, after singing worship songs in Creole and hearing a translated message in the service, our missions team talked with a married couple near the church. We asked what they knew about Jesus and they responded, “We know He died for our sins and we would like to trust in Him.”

Amazed by that response, we proceeded to make sure they understood the gospel and prayed with them that they would trust and follow Christ!

In that moment, God was doing two things:

Justification took place in the hearts of that couple as they trusted Jesus for salvation and the forgiveness of their sins.

Sanctification took place as our hearts were encouraged by seeing God work and our trust grew in God’s global, continual, and personal work.

Whether you need to go on a foreign missions trip, (if you’ve never been, connect with a pastor at your local church and ask them how you can find one to go on), or you need to step out in faith and share the gospel with a neighbor, we are all called to missions. Sometimes our mission is to love and share Jesus with our family, at other times we are to give financially so that others can plant churches in countries we may never see.

Whatever we do, let us be ambassadors for Christ until we draw our last breath.

Let us be known as people who were not ashamed of the gospel and lived each day of our lives on mission.

View all posts by David Bunce